WhatsApp is starting to test its new hide ‘Last Seen’ status option. Beta testers are now able to hide their status from specific contacts as a part of the company’s new privacy setting.

Those with access to beta version 22.9.0.70 on iOS will be the first to try out the feature. Reports indicate that the feature is live. Once accessible, users can navigate to the ‘Privacy’ setting. In the ‘Last Seen’ option, users can select between ‘Everyone,’ ‘My Contacts,’ ‘Nobody,’ and the newly implemented ‘My Contacts Except…’ 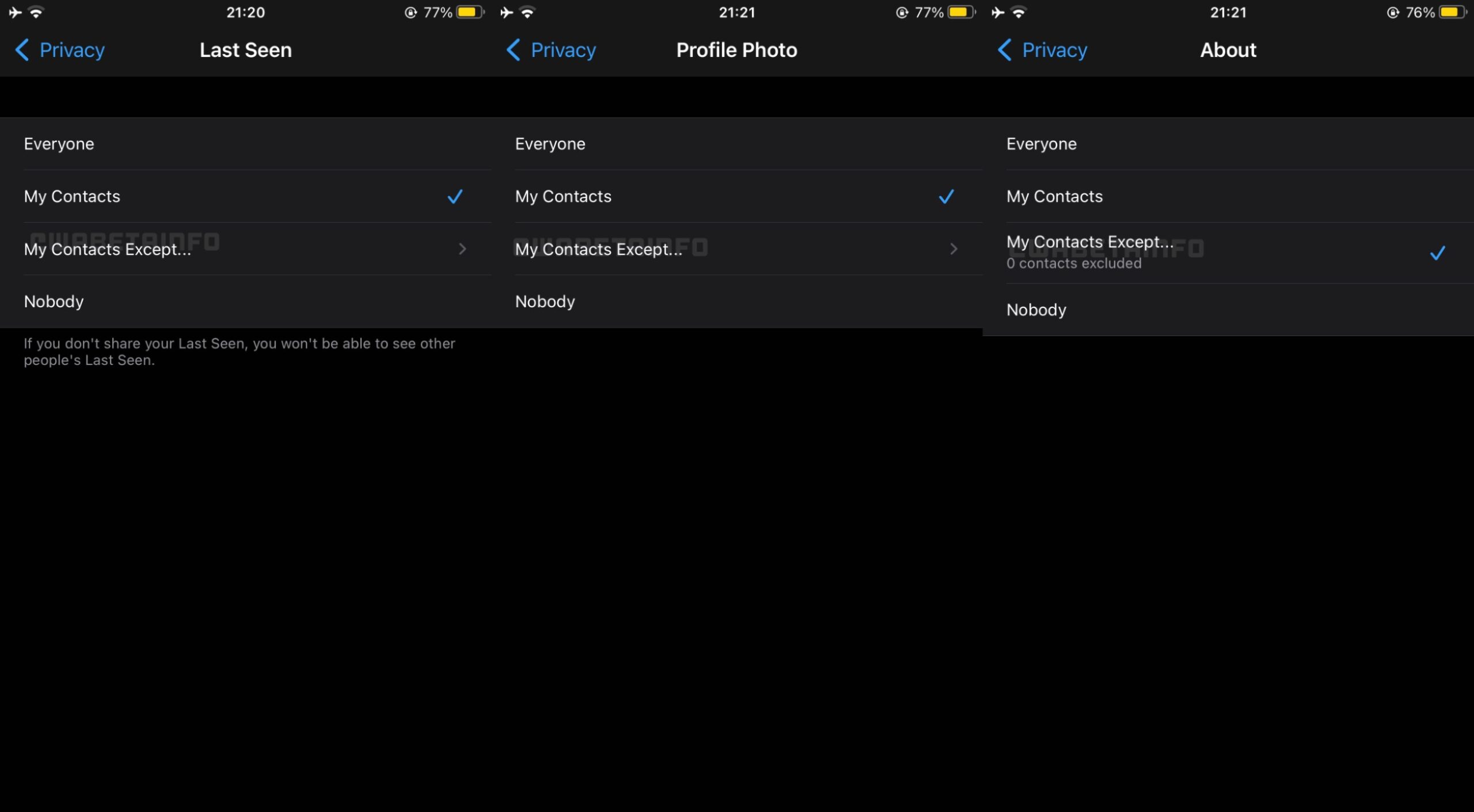 As the report clarifies, users do not have to set the status to ‘Nobody’ if the status is disabled due to certain contacts. Additionally, when you block contacts from seeing your ‘Last Seen’ status on WhatsApp, you won’t be able to see theirs. WhatsApp is reportedly aiming to implement the same option for a user’s “profile picture” and “about” information.

This same feature was introduced on Android a few weeks ago. Beta testers on iOS now have access to the same privacy settings. Though, of course, access to beta version 22.9.0.70 through TestFlight is required.

It’s worth noting that more beta testers will gain access to the feature as time goes on. WhatsApp will likely increase the number of testers throughout the next few days.

The introduction of the ‘Last Seen’ privacy setting is the latest new feature from WhatsApp. Recently, WhatsApp added the ability to react to messages with emojis. Currently, the feature is limited in scope with only a handful of emojis available. However, future updates in the pipeline aim to implement Communities and support 2GB file sharing. However, it’s still unclear when these features will be accessible.