Tunic reminds me of my own journey and the adoption of video games into my life.

I reminisced about when cartridges and accompanying manuals were the norm. Canadian indie developer Andrew Shouldice has a lot of love for that golden age of video games and Tunic wears its fondness for era on its sleeve.

The game is an adorable and colourful love letter to top-down 2D dungeon crawlers. More specifically, Tunic is inspired by The Legend of Zelda series. This is evident not only by the Tunic name, a nod to the Hyruelian’s garb, but also its central items being a blue-and-red-emblazoned shield and sword. Being a product of the early ’90s, Tunic speaks to me on a deep level. Bringing Tunic into a more contemporary light, the game incorporates a lot of Dark Souls elements into its gameplay.

Tunic takes a minimalist approach to its storytelling. Much like many games of the NES era, a lot of the story is interpreted by the player. We see the central anthropomorphic fox character — who, for simplicity’s sake, I’ll call “Tunic” — wake up on the shores of an island. Here, the journey of piecing together the mysteries on this isle begins in this isometric game.

Due to Tunic taking a hands-off approach to storytelling, the game mainly pulls you through the paces by way of collecting manual pages. Just like how I poured hours over the Super Mario World manual back in the day, everything you need to know about Tunic can be found by collecting these pages in the Overworld. The first few pages you find walk you through the controls and tutorial phase of the game. I eventually navigated my way to find a sword and shield, thus establishing myself as a fighting force on the island.

“Tunic isn’t afraid to put the responsibility in the hands of the player. Once you understand the toybox, it’s easier to progress and solve the many brilliant puzzles.”

Tunic’s objectives hinge around a central temple located in the middle of the island. First, you must open the doors by ringing two belltowers on the island. Next, players must locate three keys being guarded by bosses deep within the game’s dungeons. I explored a range of diverse areas including a forest temple, beach-side ruins, and snowy hilltops. The game never actively directs the player via exposition or dialogue. It’s all discovered by parsing through the recovered pages of the manual. Tunic isn’t afraid to put the responsibility in the hands of the player. Once you understand the toybox, it’s easier to progress and solve the many brilliant puzzles. 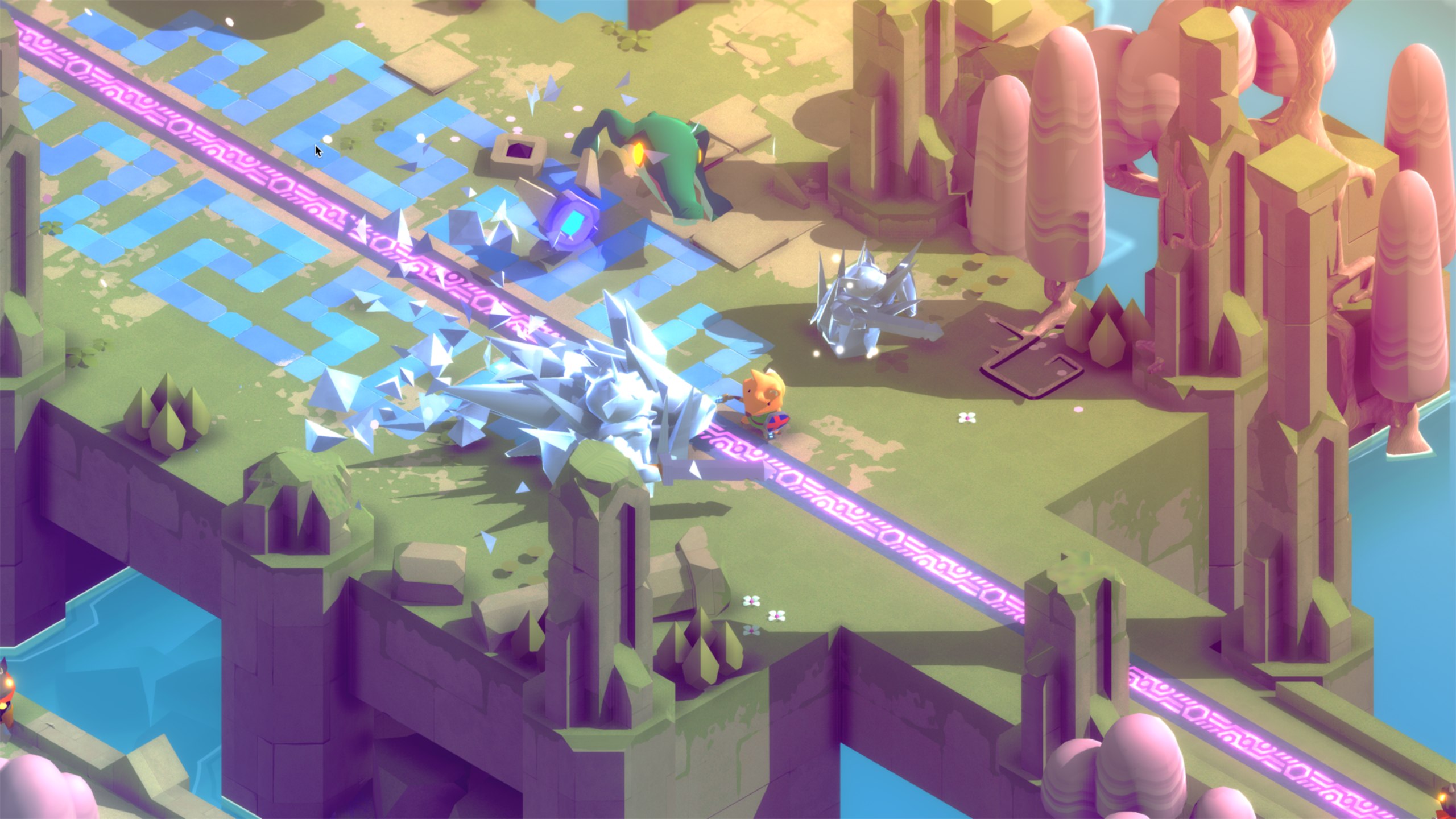 Tunic features several puzzles to piece together as you make your way across each of the various hubs featured in its Overworld. There are two common puzzles throughout the game. The first is the obelisk puzzle, which connects these vibrant power rails to one another. Praying at these obelisks will activate them and oftentimes open up a fast travel portal or a door to progress. The other is line puzzles. Throughout the world, I came across patterns that I traced using the D-Pad on Xbox Series X. Sometimes these would spawn a collectible treasure, a faerie, or open up secret passages.

One of the most novel aspects of Tunic is its fictional undecipherable language that is commonly used throughout the world and in the manuals. This leads to some required critical thinking from the player. Some pages have scribbles and notes made, akin to my own as a kid. This led to me playing connect the dots across the pages. In many ways, this genius puzzle design was my favourite aspect of playing Tunic. In fact, I was so invested in this 10-hour tale, I fully completed the game and all its achievements.

“Exploration is key in Tunic and the game rewards the curious. Even after completion, I’m certain that there are still little routes I’ve yet to take…”

With this hands-off approach in mind, some of the navigation and objectives of Tunic can be a bit obtuse. There’s no waypoint or traditional compass on-screen, so finding your way to the various dungeons and back again can become a bit frustrating. A lot hinges on memorizing the map and learning about the game’s shortcuts. Often, hitting a wall would open up invisible paths. Paths even snake their way behind waterfalls. Exploration is key in Tunic and the game rewards the curious. Even after completion, I’m certain that there are still little routes I’ve yet to take as I may not have organically come across them throughout my journey. The lack of direction can lead to some irritating moments. There were a couple of moments when I felt stonewalled by the game when the solution was staring me in the face. 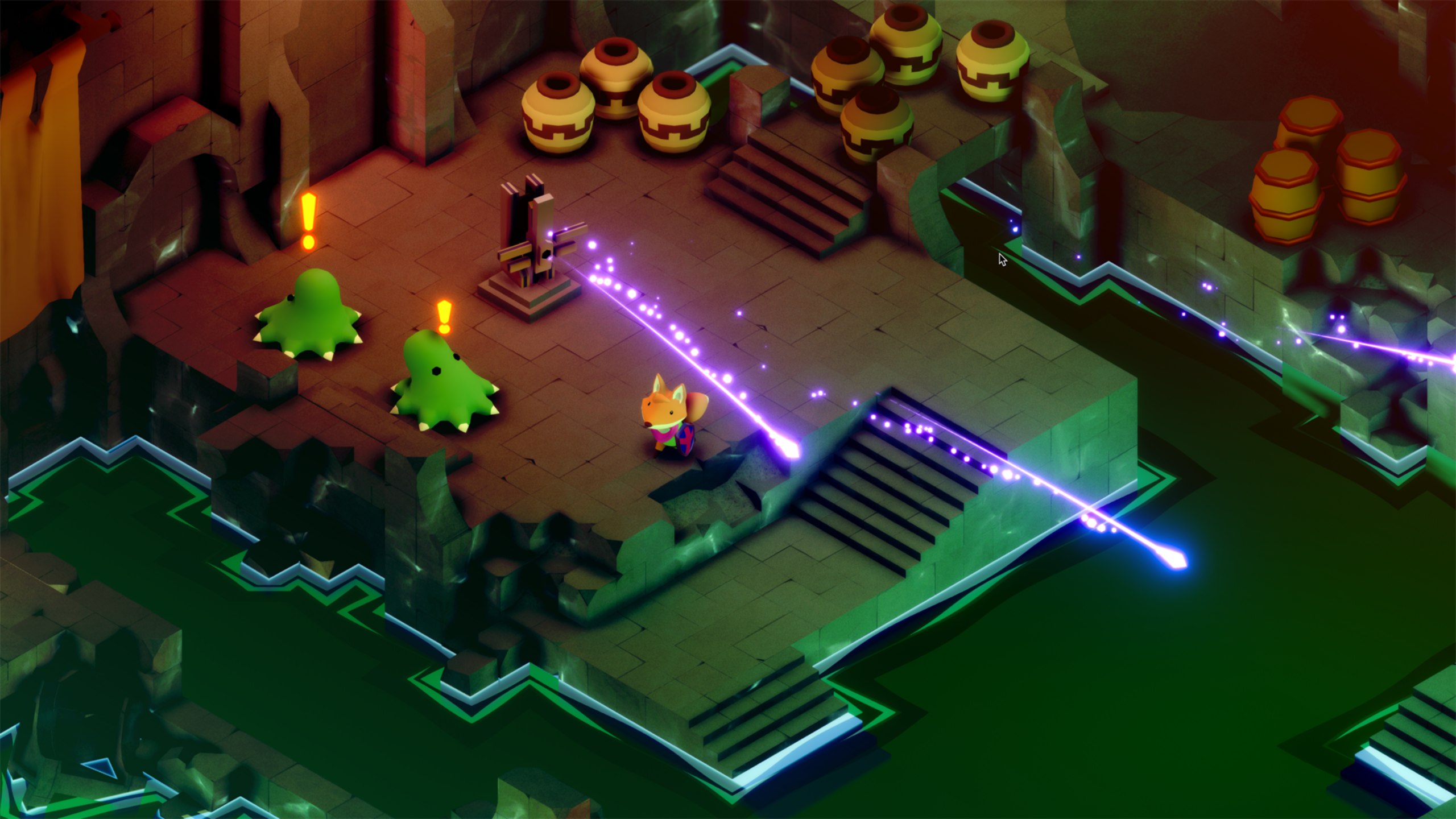 Where Tunic’s diversions from the NES-era are the most apparent is its gameplay. While maintaining a somewhat simplistic approach to defeating skeletons, and other mobs, the game takes a lot of inspiration from the ‘Soulsborne’ genre. Enemies hit hard and Tunic only has a set amount of health and potions. Tunic can dodge out of the way of enemy attacks or use his shield to protect himself. Similar to Elden Ring’s health regenerating Sacred Flasks, once depleted I had to scurry back to one of the many prayer statues. This regenerates health, mana, and potions but also the mobs. While certainly challenging at times, Tunic is more accessible by virtue. Plus the game offers a ‘No-Fail’ mode and the option to get rid of stamina restrictions.

It’s been an interesting period for me as I distracted myself from Elden Ring with Tunic and found myself enamoured by how similar the two games are. Both games offer little instructions and rely on astute problem-solving and fortitude. Tunic puts difficulty in the back seat but still offers its own unique challenges. This is apparent in some of the later boss battles. Though, thanks to some of the additional weaponry like the Magic Staff, Magic Orb, and bombs, victory is feasible.

Tunic features a wonderfully crafted world and art style. While maintaining the familiar look of a game I’d play on an old CRT, Tunic is more refined in its appearance. The Quarry, a later area in the game, does feature some on-screen effects that aren’t that pleasant to look at. Thankfully, there is an in-game item to negate those effects.

The soundtrack in Tunic is also whimsical and soothing. I don’t have a standout track in mind, though the music reinforces the lighthearted and curious nature of our central fox character. It ramps up when needed but otherwise provides a calming audible treat in the backdrop during exploration and puzzle-solving. 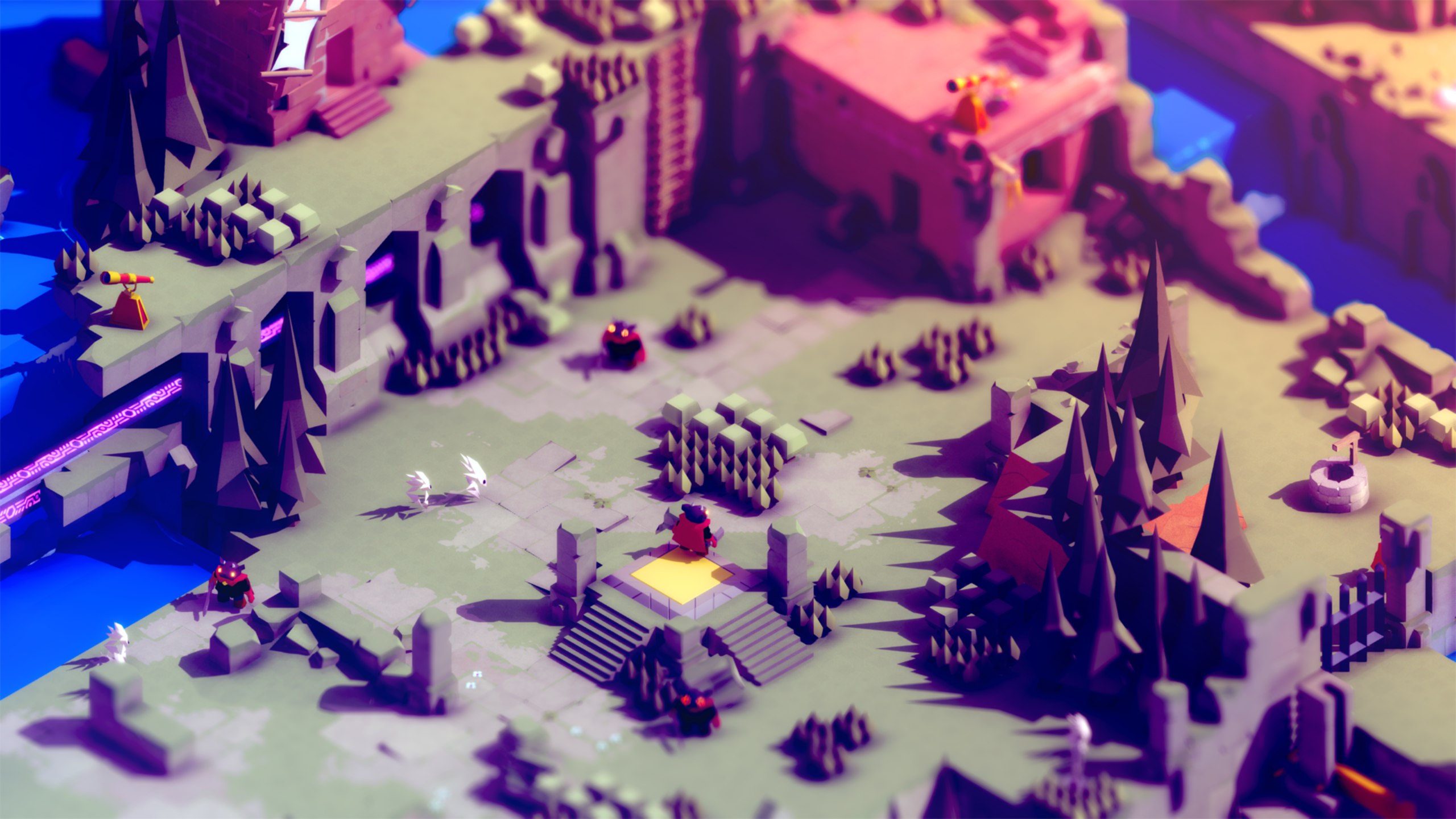 As a ’90s kid, Tunic hits on so many levels. The game celebrates the pre-internet days of gaming. Where manuals were the Bible and sole resource to reach the credits. It creates a meta-level of gaming that pays off in many ways. Though, the hands-off approach does come at a cost at times when you lose direction in the overworld. While providing a solid challenge throughout, Tunic is an accessible and caring game for players young and old. Those weary of the Soulsborne comparisons can rest assured that the climax is obtainable. With this in mind, Tunic is a game that you shouldn’t miss.

Tunic is available on PC, Xbox One and Xbox Series X/S for $34.99. The game can also be played via Xbox Game Pass.

Starlink RV review: the dawn of space internet to go

Weird West puts the wild back in the west

The Witcher 4 Is in Development, With Unreal Engine 5

Google I/O 2022: What to expect from the developer conference