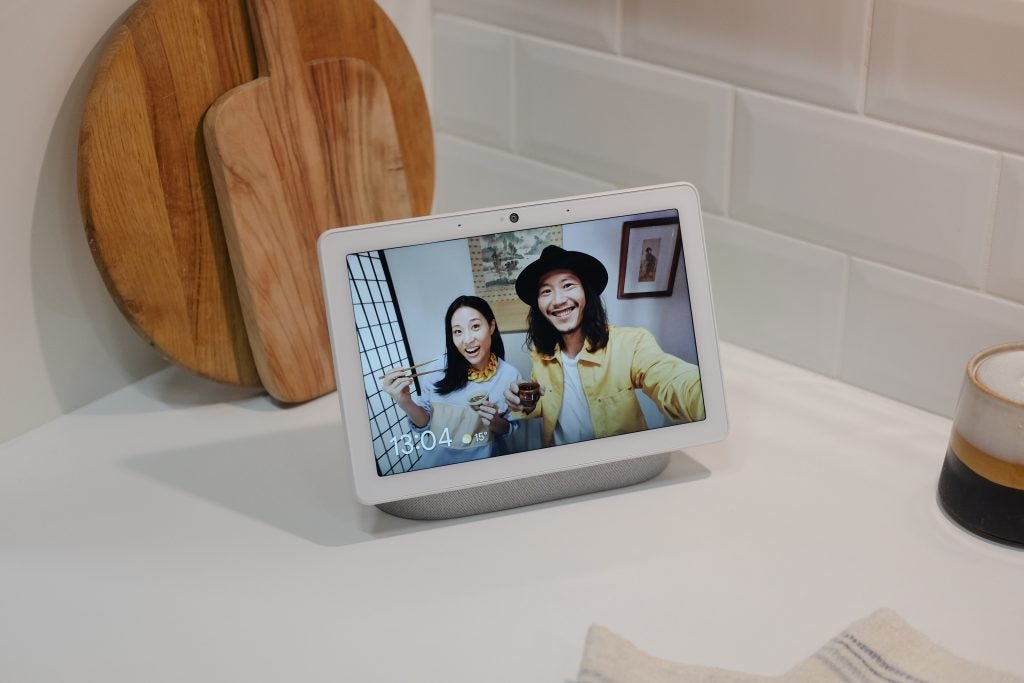 By digging around within the latest Google app beta, 9to5Google found references to a “Look And Talk” mode that could supplement the ability to summon the assistant manually with a hotword.

The feature would be activated when the camera notices a user is looking at the smart display from within 5-feet away, according to the report. From there, you could just issue your commands like “how’s the weather?” or “play Metallica on Spotify,” and save the old vocal cords a couple of words.

Within the APK, the site also discovered a description of the feature, which would also process the video locally without sending the footage to the cloud.

“Your device relies on camera sensing and analyses your video to determine if you want to activate your Assistant,” it reads. “Assistant may activate when you didn’t intend it to, if it incorrectly detects you want its help. Your video is processed on-device and isn’t sent to Google servers.”

It’s not clear when the feature could roll out to the Nest Hub Max, which is the only device in the range with a camera at present. However, with Google I/O 2020 just around the corner, it might be a good time for Google to launch “Look And Talk”.

Rumours have also suggested a Nest Hub 2022 could arrive with a detachable tablet for portable use. The report last month, from the same source, suggested the next-generation Nest Hub 2022 will look more like a traditional smart display when the tablet is docked, but would be more versatile for use around the home. The report was very light on details, but sources said the device is likely to arrive this year.

The site pointed out Google has been adding tablet-like elements to the operating system deployed on the current Nest Hub and Nest Hub Max models. There’s a better web browser with access to a version of the Gboard keyboard, for example. That is said to add credence to the likelihood of a tablet-based hub.

Google launches its Switch to Android app on iPhone

How to change your Zoom profile picture

Macworld Podcast: What will happen at WWDC?