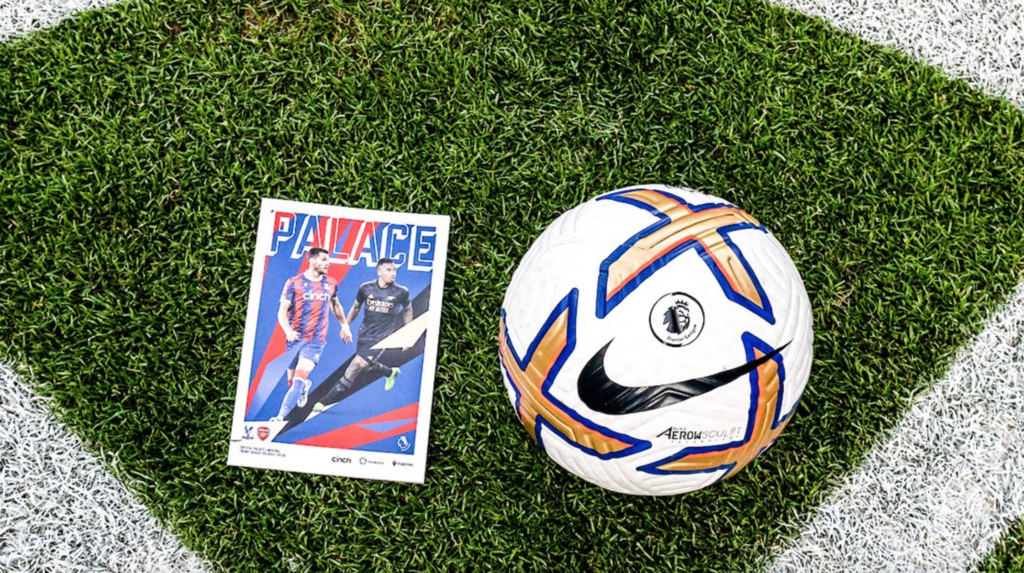 Are you ready for the return of the Premier League? The early start to the season for this year’s World Cup and the joyous achievements of the Lionesses at Euro 2022 makes it feel like the footy has never been away.

The curtain raiser to the season sees an Arsenal side seeking to rejoin the Premier League elite take on a Crystal Palace team that enjoyed a solid first season under the guidance of former Gunners great Patrick Viera.

Arsenal have made some solid signings this summer and Mikel Arteta’s young side look ready to take the next step after an encouraging 21/22 season. They’ll be hoping to crack the top four and return to the Champions League for the first time since 2016/2017.

Palace will have their eyes on a top half finish after Viera defied expectations last term with a 12th place finish. This time out, the Eagles will be hoping to turn a glut of draws into wins and begin pushing the Selhurst Park club towards European football.

There should be a cracking atmosphere tonight at Selhurst Park Here’s how to watch Crystal Palace vs Arsenal tonight, on the best TV, best smartphone or best laptop you have in the house.

Crystal Palace vs Arsenal kicks off at 8:00pm UK time on Friday August 5. The Premier League is starting a week earlier this year due to a mid-season gap for the World Cup. The game is being played at Palace’s often raucous Selhurst Park stadium in South London.

How to Crystal Palace vs Arsenal on TV and online

Sky Sports has the rights to this Friday Night Football clash, with coverage starting early at 6:30pm on Sky Sports Main Event and Sky Sports Premier League. You can expect a bit of a wider season preview on this one.

You will need an active Sky Sports subscription of sorts in order to watch. You can gets Sky Q or Sky Glass or subscribe via providers like BT and Virgin. However, if you need fast access, look no further than Sky’s streaming platform NOW. Sky is offering 12-months of the Sky Sports package for just £25. That’s down from £33.99 a month and will get you access for the whole season

If you regularly watch live sports online, you can boost your online privacy within a virtual private network (VPN). This works by masking your IP address from would-be snoops and wrongdoers. You can read our guide to the best VPNs before streaming the games. If you’re seeking a safe and secure VPN, we’d recommend Kaspersky VPN Secure Connection for streaming top sport.

Diablo Immortal, which has the lowest user score in Metacritic history, earned over $24 million in 2 weeks

New colourways for the Sonos Roam reportedly coming this week